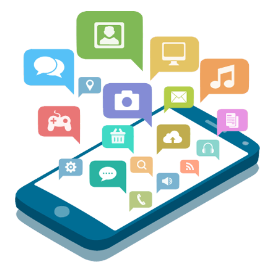 React Native is a part of React Java script library which has been announced to general interest in 2015 for the cross platform development of built code for the web applications. The React architectural structure has been adopted to the native form of android and other mobile operating system for the application.

The iOS user interface was generated over underlying java script thread for the user interface elements by the designers and developers of Facebook. This technology was worked upon to result in perfect prototyping in order to build the native apps and after the successful trial run test, React Native was introduced down the market.

React Native follows the same working principle and share all the characteristic feature as of the React JS but do possess dissimilarity in one of its feature and that is it do not work on the document object model over the virtual document object model as it is used in React JS, where as it runs on native views

React Native works on the native cross platform with the serial listing of the code which runs at the back of the web application and is also not in synchronising function with the other running over the batched bridges to function smoothly at the end perspective to deliver quick responses.

React Native therefore represent the native catalogue of the web library of java script which is done in the interest to up bring the power of React to native development. It is configured to make developers develop codes in stamen view which are easy and beyond updating since the frame work of React native do the update automatically for you.

The integrated development environment used for the React native is Atom which makes run the module statistically by the tools in a single data flow. The speed attained in the React native is also impressive and high due to the flow layouts frame work set up which has been developed in order to deliver speed.

The basic component of React Native is the code built up for the push notification and then establishing the deep links which let the native user interface variable component function to be exposed at the user end with the React characteristic features as it is, with every thing written in java script.

The other unique and cool functionality is the upload of the codes. You just need to write the code and save them on the source file, and as soon as the source file is configured to be saved, the execution of upload is taken automatically and is exposed on the device instantly.

React native actually work on the embedment of the codes written in java script to the app and make the code runs in app at background locally. But it does not restrict to access the file remotely at your need as by fetching the latest version in connectivity resolves the issue. Therefore, conclusively React Native is a beautiful paradigm of the java script engineering via React JS.